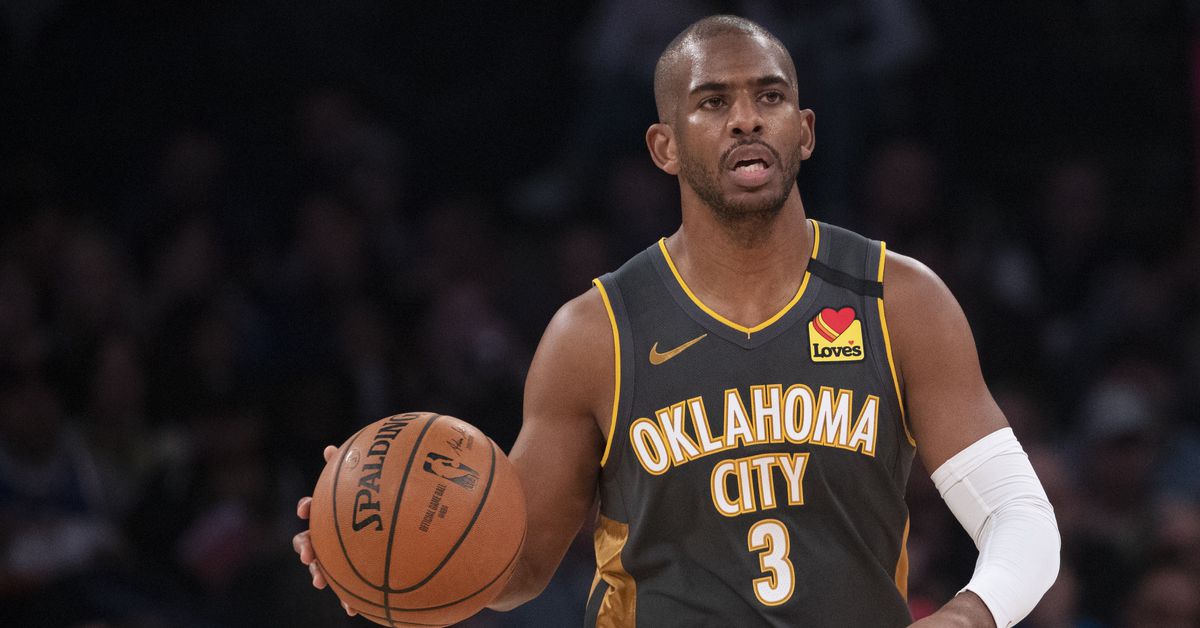 KISSIMMEE, Fla. — On Oct. 23, 2019, the Utah Jazz and Oklahoma City Thunder opened the 2019-20 season against one another in Salt Lake City. On March 11 in OKC, the NBA was brought to a screeching halt moments before the two teams tipped off. On Saturday, the Thunder will restart their season against the Jazz in a bubble rematch of the game that never happened.

“It’s a hell of a coincidence that’s who our first game is against,” Thunder guard Chris Paul said.

“It’s a hell of a coincidence that’s who our first game is against.” — Thunder guard Chris Paul said.

A coincidence that Thunder coach Billy Donovan always thought was a possibility. In fact, Donovan still has his scouting notes from preparing for that March 11 game and plans on comparing those the film from the Jazz’s first game in the bubble against the New Orleans Pelicans.

The Jazz and Thunder will always be connected in a symbolic way through the chaos experienced that night in March. Though the entire NBA community experienced the season suspension, the players that were at Chesapeake Energy Arena that night intimately understand how quickly things can change.

“I remember being so ready to go,” Thunder guard Shai Gilgeous-Alexander said. “Fired up, completely warmed up.”

While that intangible connections will always be there, once the lights come on and the game starts there will be no love lost. There are only a handful of games separating each of the 22 teams in the bubble from the playoffs, and now that the games matter there’s no time for sentimentality.

“Will we go out on the floor and hug it out and all that? I doubt it,” Paul said. “I talk to Donovan Mitchell pretty often, but once you get out there on the court, it’s time to hoop.”

Paul, in his 15th year in the league, has been lauded by not only his own coach and teammates but also coaches and players from other teams for taking advantage of the quiet atmosphere in the bubble, and “dominating the game with his voice” as Celtics coach Brad Stevens put it.

In Donovan’s eyes, there’s no excuse for the younger players on his team not to follow suit. Communication could end up being a key to success while in Florida, so if his team isn’t being loud and making sure is on the same page, that’s on them.

So far the Thunder have had success in the bubble, winning all three of their scrimmages against the Celtics, Philadelphia 76ers and Portland Trail Blazers. Even with that success, the fact that the Jazz were able to play on opening night of the restarted season, and secure a victory, could give them an edge over OKC.

“For them, getting a chance to play yesterday, they have a game under their belt to work out whatever they need to work out,” Donovan said. “We’re playing against good teams every single night… we just want to understand the importance of attention to detail.”

One detail that will be important against the Jazz is their numerous ballhandlers. On Thursday, when the Jazz’s back was against the wall, they drove, drove hard, and looked for ways to get free points, which is exactly how the Jazz beat the Pelicans, Donovan added.

“Anytime you’re dealing with players where they’re able to put the ball on the floor like they do, you’re always in a position where there’s contact,” Donovan said. “They’re very very good at drawing fouls and very good at getting to the free throw line. Our discipline in terms of positioning … is going to be really critical.”