In the Tigers’ 4-3 home loss to the Reds in the opener of a doubleheader Sunday at Comerica Park, Alexander entered the game in the third inning and proceeded to strike out nine Reds hitters in a row, setting a MLB record for a reliever and tying starter Doug Fister’s AL mark.

His streak came to an end in the top of the sixth — one short of equaling Tom Seaver’s overall record of 10 — when he hit Mike Moustakas with a 1-2 pitch.

Alexander finished with 10 strikeouts and one walk in 3 2/3 innings...

Aug. 2 (UPI) — As MLB teams continue to deal with the coronavirus, the St. Louis Cardinals are preparing for their latest round of COVID-19 testing to reveal more positive results.

League sources told ESPN, MLB Media and the St. Louis Post-Dispatch that the Cardinals’ test results from Saturday and Sunday morning are expected to come back with multiple positives.

Sunday’s testing is being fast-tracked, according to ESPN. The Cardinals released a statement Sunday saying they don’t anticipate any updates until Monday.

“The team is still awaiting additional results from recent COVID-19 testing, and based on the timing of those test results, we do not anticipate having any updates until tomorrow,” the Cardinals said. “The team will remain in Milwaukee tonight as planned.”

Justin Thomas returns to world No. 1 with win at WGC-FedEx St. Jude Invitational 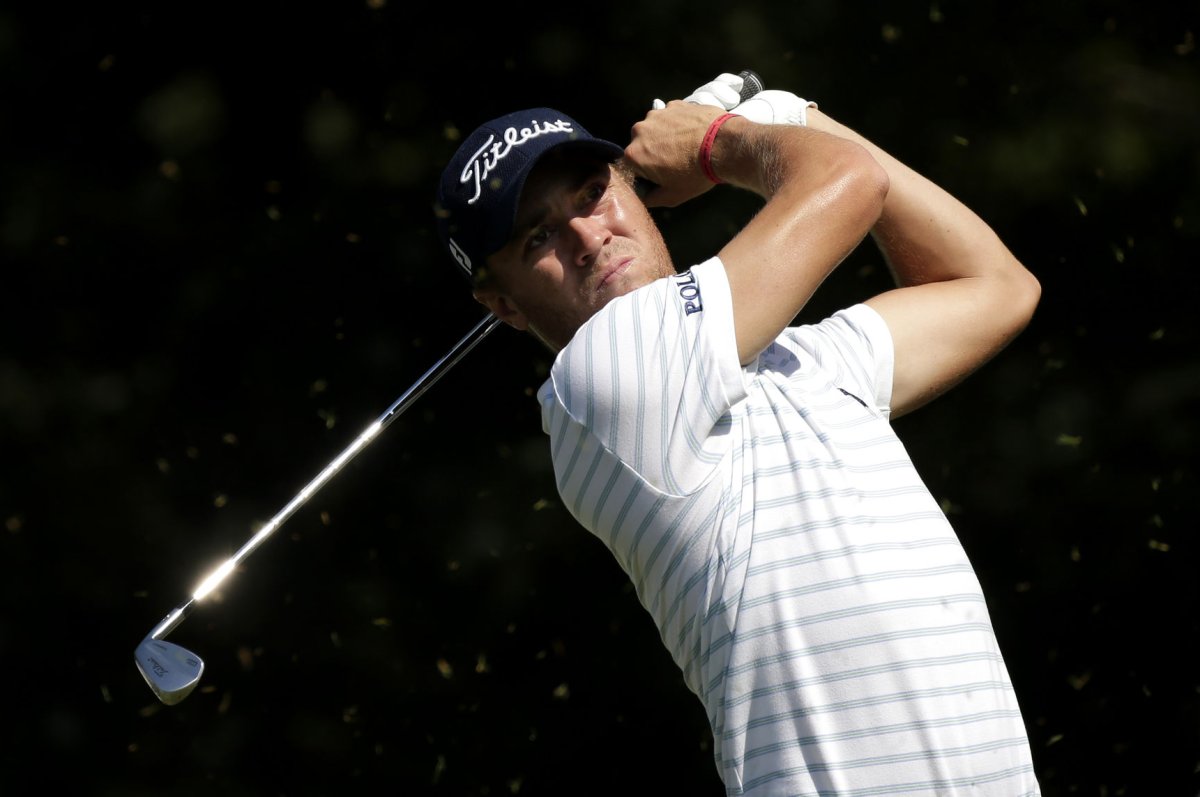 Aug. 2 (UPI) — Justin Thomas overcame a four-shot deficit to claim his third victory of the season, shooting a 5-under 65 Sunday to win the WGC-FedEx St. Jude Invitational at TPC Southwind in Memphis, Tenn.

Thomas had six birdies and one bogey in the final round to beat Brooks Koepka, Phil Mickelson, Daniel Berger and Tom Lewis by three strokes. The win equaled the largest final-round comeback of Thomas’ career and moved him back to No. 1 in the world, a ranking he held for four weeks in 2018.

“It was a hard-fought day, but it meant a lot [because of] how we did it, being four behind to start the day,” Thomas said. “I haven’t exactly played well coming from behind in the past and I feel like I learned a lot from that.

“Especially at Colonial, I just didn’t handle it we...

Hill announced Sunday on social media that he has signed a contract with the Raiders, three days after the team placed tailback Devontae Booker on the reserve/COVID-19 list and two days after they waived undrafted rookie wide receiver Siaosi Mariner.

Financial details of the agreement weren’t disclosed. The Raiders have yet to confirm the deal.

Hill, 27, last played in the NFL in the 2018 season, when he suffered a torn ACL during the Patriots’ season-opening win over the Houston Texans. He spent the remainder of that season on injured reserve and was out of the league in 2019.

The Bengals selected Hill in the second round of the 2014 NFL Dr... 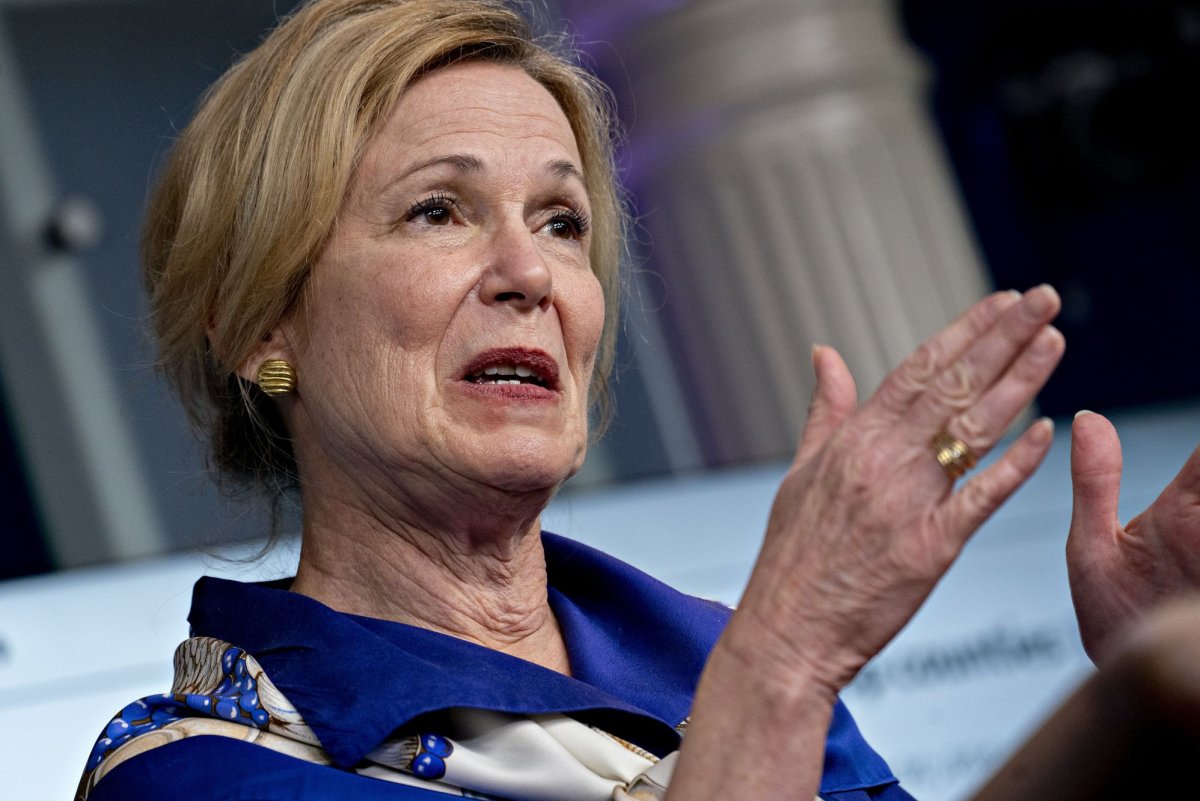 Appearing on CNN’s State of the Union, Birx said that the coronavirus has spread into more rural communities, rather than being contained in large metro areas, as cases have surged particularly in the southern and western states.

“What we are seeing today is different from March and April. It is extraordinarily widespread. It’s into the rural as equal urban areas,” Birx said.

The United States leads all nations with 4,657,625 cases and 154,793 deaths, according to data collected by John’s Hopkins University.

Birx on Sunday also called on Americans to follow recommendation...

Aug. 2 (UPI) — Pro wrestler and television personality Brie Bella has confirmed she gave birth to her second child, a son.

The message accompanied a photo of a tiny baby’s fingers grasping Bella’s and her husband Daniel Bryan’s hands.

The couple tied the knot in 2014. They are also the parents of a 3-year-old daughter named Birdie.

Bella, 36, and her twin sister, Nikki, announced in January that they were both pregnant and their due dates were two weeks apart.

Nikki said in June she is expecting a boy, her first child, with her fiance Artem Chigvintsev.

Aug. 2 (UPI) — The coronavirus pandemic, which began in Asia last December and first spread to Europe, is now primarily ravaging Western Hemisphere nations with the United States, Brazil and Mexico in the top 3 for most deaths.

More than half of the worldwide deaths are concentrated in the Western Hemisphere, 367,0000, and nearly 11 million cases...

Aug. 2 (UPI) — Cocoon and The Natural star Wilford Brimley has died in a Utah hospital at age 85.

“Wilford Brimley was a man you could trust,” his manager Lynda Bensky said.

“He said what he meant and he meant what he said. He had a tough exterior and a tender heart. I’m sad that I will no longer get to hear my friend’s wonderful stories. He was one of a kind.”

Brimley, who had been on dialysis due to his failing health, died Saturday in an intensive care unit.

The former blacksmith, rodeo rider and longtime Quaker Oats spokesman also starred in the films The Firm, My Fellow Americans, The Electric Horseman, The Hotel New Hampshire, Absence of Malice and The China Syndrome.

His television credits include Seinfeld, Walker, Texas Ranger, Homicide: Life on the Street, Our ...

“Some big shoes to fill…precious too. I hope you enjoy watching Sam as much as I have enjoyed playing her, temporarily,” Korman-Hartley tweeted Friday.

The actress is known for her work on Passions, Days of Our Lives and All My Children.

Daytime Confidential said Korman-Hartley will be seen as Sam Morgan for a few weeks.

Monaco has played the part since 2003.

“Kelly is safe and healthy. First day back she had a hard time with the Covid mask and was given a rather unexpected 14 day quarantine even though she tested negative twice for Covid and a third negative test for Covid antibodies...