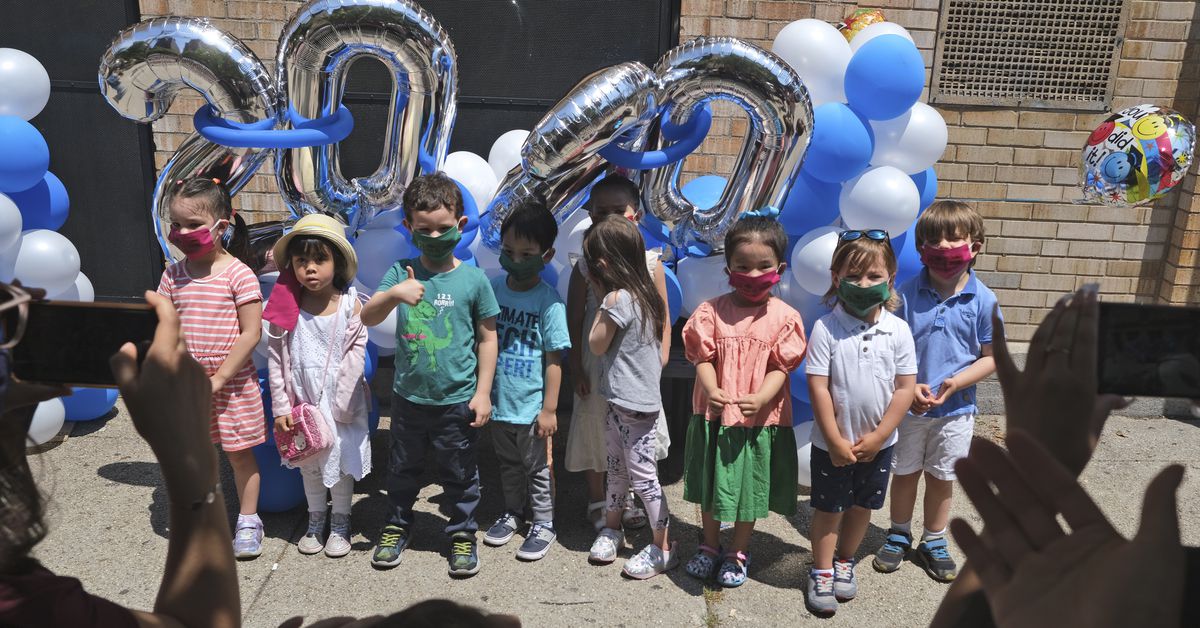 SALT LAKE CITY — Folks who think kids are impervious to serious harm from the novel coronavirus pandemic should reconsider. Children with a parent who has been laid off, had hours reduced or been otherwise economically harmed by the virus could carry wide-ranging negative consequences into their future, from physical and mental health challenges to behavior problems and stunted educational attainment.

Kristi Williams, a professor of sociology at Ohio State University and a senior scholar with the Council on Contemporary Families, analyzed U.S. Census Bureau data from early July and found some families struggling to afford housing and securing enough to eat.

The census survey asked families whether they’d fallen behind in the last month on housing payments and if they had enough food in the past week. It also asked whether they worried about food and housing, finding a growing number of households that include children face substantial financial challenges since the virus hit.

William said those type of stresses create emotional and mental harm for families that children may not entirely shake off.

“Children’s early childhood adversity really has all sorts of consequences,” she said, noting such trauma influences not just health, “but social development, how well children do in school and when they marry and how successful their marriages are and all those sorts of things.”

The American Academy of Pediatrics said toxic stress and childhood adversity’s damage can last a lifetime. The group notes some adult diseases should be seen as “developmental disorders that begin early in life and that persistent health disparities associated with poverty, discrimination or maltreatment could be reduced by the alleviation of toxic stress in childhood.”

That fits with the notion that COVID-19’s danger extends beyond the physical illness it causes and that kids largely avoid.

“Even if kids are less likely to die and to have negative health impacts now, there are residual effects that stem from economic hardships. We’re in a bind,” said Daniel L. Carlson, an associate professor of family, health and policy in the Department of Family and Consumer Studies at the University of Utah, who was not involved in the analysis. “If we let kids out of the house to go to school and ignore health impacts, people are going to die — if not the children, then possibly parents or grandparents. If we shelter in place, we all suffer economic consequences, which need to be addressed.”

Census data showed that more than 1 in 7 American households that include children said they didn’t have enough to eat during the past week, though more than a third of those said they’d had adequate food in early March, before the pandemic took hold nationally.

In households without children, fewer than 1 in 10 were similarly hungry.

The uncertainty one will have enough food creates risk, even absent actual hunger.

“We know from past work that children who were raised in food-insecure households have a wide range of risks for negative outcomes in adolescence and later into adulthood,” said Williams. Besides poor health as adults, she said those kids have more behavior problems and difficulties at school, compared to kids who are well-nourished.

Children in food-insecure households tend to get less education overall. They face increased risk of depression, are more likely to think about suicide, to exhibit behavior problems and may have deficits in both education and social skills.

Schools provide some safety net because children in economically distressed households can get free or reduced-price lunch and sometimes breakfast. But many kids haven’t had that resource in the pandemic. And younger kids are particularly harmed by lack of nutrition during the period of brain development that occurs before age 5.

Hunger during the pandemic has been an international issue. The Washington Post reported this week that “an extra 10,000 children are dying every month around the world due to the disruptions to food supplies caused by the coronavirus pandemic,” based on a study in the Lancet medical journal.

“The study was accompanied by an appeal from U.N. agencies for additional funds to address world hunger,” the article said.

By early July, 1 in 7 households buying a home that have children said they’d just deferred or were late on a mortgage payment. For renters, it was worse, with just over 1 in 4 households that include children reporting a late or deferred payment within the past month.

Even with recent housing supports, like a moratorium on evictions, people who have fallen behind will have to catch up. Penalties like eviction were deferred, not removed. Those protections are slated to end Aug. 1, unless Congress extends them.

Williams said that about one-fourth of renters were spending more than half their income on rent even before the pandemic.

Studies suggest unstable housing “undermines children’s school performance, limits access to preventive services like immunizations and increases risk of developmental and health problems, including drug use and teen pregnancy,” Williams reported. Children who live in multiple housing situations before age 7 are nearly three times as likely to be diagnosed with depression by age 14. And child abuse and neglect are more common in households with unstable housing situations.

Part of the negative impact, said Williams, stems from maternal depression, parenting stress and harsh parenting. And lots of families are feeling extreme stress during the pandemic. A survey by the American Psychological Association in May found 70% of parents said they were stressed trying to provide basics for their families, including food and housing. That’s the “new normal,” it said.

Extended family and friends have been buffers against some of the financial worries and parenting stresses, but the pandemic has isolated many from those supports. And the coronavirus has kept kids out of school, where problems like abuse and neglect may be more easily detected.

“The other worrying thing is that all of this is happening — these severe economic strains for millions of children — at a time when the usual resources and safety nets and supports are also constrained,” said Williams.

How long children and their families are in crisis plays a role in harm it may inflict. Both Carlson and Williams said there’s time to change children’s future prospects by making sure programs and services are available for struggling families.

“I think one of the things the pandemic has laid bare is just the weakness — how much we rely on certain social institutions that we’ve under-invested in,” said Williams, pointing to schools as an example. “One big shock can just send everything crumbling.”

She said she hopes people will realize the importance of government aid to help vulnerable families during the pandemic, such as food stamps.

“That’s our future economic productivity even, having a populace that’s not been cognitively impaired by severe forms of economic deprivation at a critical period in their life course,” she told the Deseret News.