WASHINGTON – A federal analysis of dams in the Columbia River basin released today fails to move toward the only viable alternative for saving salmon and the Southern Resident killer whales that rely on them for food: the removal of the four lower Snake River dams.

Today’s analysis, by the U.S. Army Corps of Engineers, Bonneville Power Administration and Bureau of Reclamation, is the final part of a court-ordered environmental review of the basin’s federal dams and reservoirs. The review was supposed to explore all potential recovery alternatives for endangered salmon and steelhead, but the final document doesn’t select the well-supported proposal to remove these dams.

“The federal failure to remove the dams despite clear supporting science is a disaster for our endangered salmon and orcas,” said Sophia Ressler, Washington wildlife advocate at the Center for Biological Diversity. “Dam removal is the only solution that protects these iconic animals. By neglecting this option, these agencies have let down our region and our wildlife.”

In May 2016 the U.S. District Court in Portland invalidated the federal agencies’ 2014 biological opinion for salmon and steelhead endangered by the federal dams and reservoirs on the Columbia and Snake rivers. This was the fifth consecutive analysis rejected by the courts since the 1990s.

Currently only 72 Southern Resident orcas remain. These orcas, which are based in the Puget Sound but migrate along the West Coast, are starving to death as their primary food source, Chinook salmon, continue to face significant declines in the region. But some cautious optimism for the orcas emerged this week after scientists announced observed pregnancies in the J, K and L pods. Among the pregnant females is Tahlequah, who captured hearts worldwide when she carried her dead calf for 17 days and more than 1,000 miles almost two years ago.

The big Chinook salmon that were the primary prey of the Southern Residents have largely disappeared. Early return, or “spring” Chinook, which historically often weighed more than 100 pounds and used to outnumber fall Chinook, have been particularly hard hit because they spawn higher in watersheds than other salmon, where dams have blocked access. This includes the four lower Snake River Dams, which have cut off Chinook from extensive wilderness and high-quality habitat in Idaho.

Overall the Columbia River System dams cut off more than 55% of spawning and rearing habitat for salmon, which has led to 13 wild salmon and steelhead populations in the Columbia Basin being at risk of extinction today. Many wild salmon runs in the region survive at 2% or less of their historic populations.

The federal government has spent more than $16 billion on regional salmon recovery in the past two decades, and although extensive habitat has been restored and some salmon populations have stabilized, none have recovered.

The Center submitted written comments on the draft version of the final federal document that was released today, urging the agencies to seriously analyze the removal of the dams and review the supporting science.

“These agencies’ failure to meaningfully consider dam removal is not only disappointing but dangerous,” Ressler said. “It’s up to the public to continue to demand the protection of our salmon and orcas. We must work together to keep applying political pressure to remove the four lower Snake River dams.” 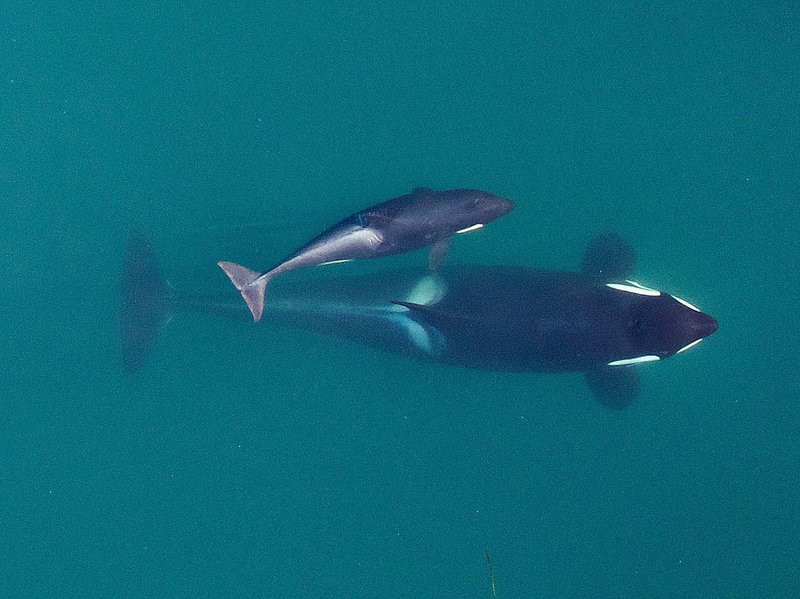