In 1498, Italian explorer Christopher Columbus set foot on the American mainland for the first time, at the Paria Peninsula in present-day Venezuela.

In 1907, an Aeronautical Division was added to the Army Signals Corps. The first aircraft bought by this forerunner of the U.S. Air Force was built by the Wright brothers. 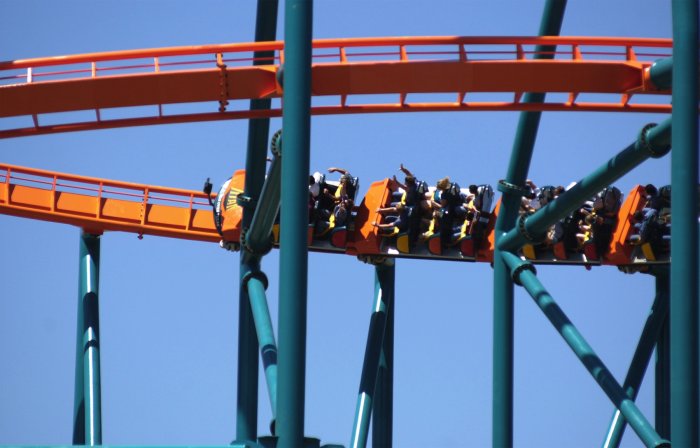 In 1966, Charles Whitman killed 16 people, including his wife and mother, in Austin, Texas. Thirty-two people were wounded. Most of Whitman’s victims were struck by shots fired from the University of Texas Tower. The gunman, a student and ex-Marine, was killed by a police officer.

In 1977, Francis Gary Powers, pilot of a U-2 spy plane shot down over the Soviet Union in 1960, was killed in the crash of his weather helicopter in Los Angeles.

In 1981, MTV premiered with the Buggles’ “Video Killed the Radio Star.”

In 1994, Lisa Marie Presley confirmed rumors that she had married pop star Michael Jackson May 26 in the Dominican Republic. The couple divorced less than two years later.

In 2004, nearly 400 people died in a supermarket fire on the outskirts of Asuncion, Paraguay.

In 2005, Saudi King Fahd bin Abdul Aziz, who had ruled since 1982, died after a long illness at the age of 83. He was succeeded by his half-brother, Crown Prince Abdullah.

In 2007, an eight-lane bridge across the Mississippi River at Minneapolis, collapsed during the evening rush hour, killing 13 people and injuring nearly 150. About 50 vehicles were thrown into or near the water when the steel-and-concrete Interstate 35W span buckled and fell.

In 2010, a worldwide ban on cluster bombs went into effect. Cluster bombs, usually dropped from planes, are filled with smaller anti-personnel bombs, which are scattered over wide areas.

In 2014, U.S. President Barack Obama said some CIA agents who interrogated suspects after the Sept. 11, 2001, terrorist attacks on the United States “crossed a line” and “tortured some folks.”

In 2018, thieves stole two crowns and an orb dating back to the 17th century from Sweden’s Strängnäs Cathedral in a heist that ended with the thieves escaping in a motorboat.