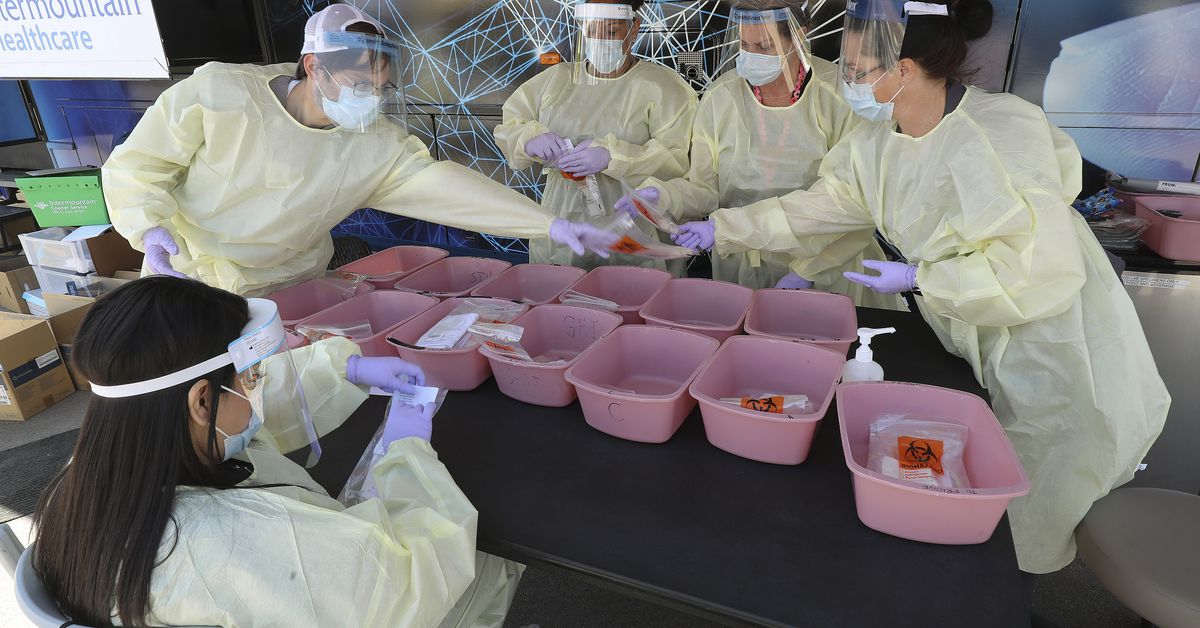 PROVO — The Utah County businesses at the center of two COVID-19 hot spots that broke out in April have been identified as Built Bar, a food manufacturer based in American Fork, and Wasatch Truss, a construction company in Spanish Fork, according to county documents released Wednesday.

Built Bar is being sued by an employee, who alleges the company ignored her plea for safety measures.

The naming of the companies comes after a 4th District Court judge Monday ordered the information be released, siding with KSL-TV in a court battle over whether the county was obligated to release the names of two businesses tied to outbreaks of the novel coronavirus. A coalition of other Utah new organizations, including the Deseret News, joined KSL-TV in the legal fight, arguing the public had the right to know about how and where COVID-19 has spread.

While Utah County officials refused to release the records to the public, emails obtained through an open records request show a Utah County health staffer thought the information was important enough to circulate to other hea

The records release also comes after County Attorney David Leavitt, in a May news conference told reporters that Utah County Health Department officials who interviewed those businesses’ employees while conducting contact tracing were wrong when they reported to the Utah County Commission those businesses forced employees to work even after they tested positive for COVID-19.

Leavitt said his office, in a review of the health investigation, determined “those assertions weren’t true,” but he did not offer specific information about how the breakdown occurred and acknowledged lack of clarity raised more questions than answers. It also wasn’t clear how county officials determined those claims weren’t true.

However, Leavitt did not dispute the health department’s findings that 68 people were infected in hot spots around those two particular businesses. When asked whether those businesses violated any COVID-19 guidelines at all, he also did not have answers.

Fourth District Judge Christine Johnson on Monday rejected Utah County’s arguments that releasing the names of the businesses would also result in a “de facto identification” of their employees who participated in contact tracing investigations and those who may have contracted COVID-19, which would be private, personal health information.

The judge sided with the media’s arguments that the public interest outweighs the county’s aim to keep the names of the businesses protected because of a risk of possible “backlash” against the businesses — a scenario the judge called a “hypothetical.”

While the county’s attorney argued the bulk of records KSL-TV sought were made up of contact tracing documents — and types of medical information that could come from a doctor’s office — KSL-TV’s attorneys argued the news outlets didn’t want personal information, but rather any documents such as perhaps email exchanges between county officials related to those two businesses.

“Utah County’s only interest in this matter has been to follow the law,” County Commission Chairman Tanner Ainge said in a statement. “We had real concerns that releasing information connected with an epidemiological investigation would violate the strict confidentiality requirement attached to such information.”

County officials are “more than happy to comply” with the judge’s ruling, Ainge said, “which makes it clear we can and should disclose.”

“As the records are released from the health department and/or county attorney’s office, the county commissioners will be seeing this information for the first time along with the media,” Ainge said. “That’s how serious our health department has taken their responsibility for strict confidentiality.”

This story will be updated throughout the day.