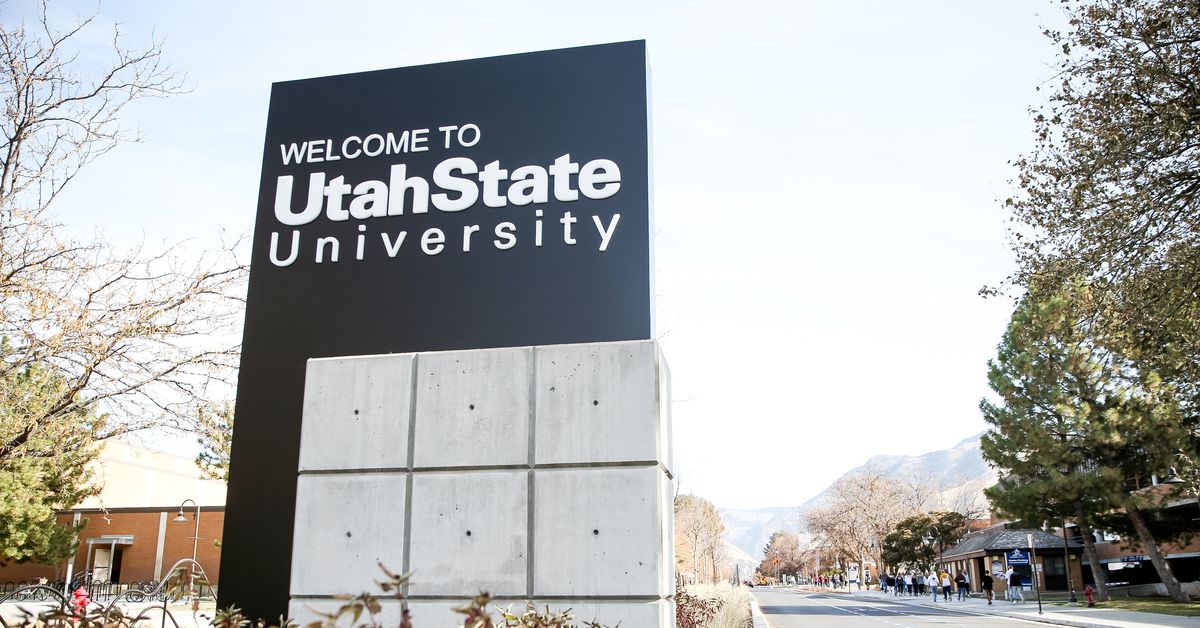 SALT LAKE CITY — A lawsuit filed in federal court alleges Utah State University unlawfully discriminated against and expelled a student with Down syndrome during her first term in its Aggies Elevated program.

Aggies Elevated is a two-year program that offers students with intellectual disabilities a mix of career exploration and independent living leading to a certificate of Integrated College and Community Studies. The program is funded by a federal grant.

As a result of the university’s “intentional discrimination” against Arthur, she was “degraded, dehumanized and humiliated,” the lawsuit claims.

“She suffered emotional distress, pain and suffering. Emily was also denied the benefits of a federally funded transition into higher education and equally important, independent living,” the lawsuit states.

Amanda DeRito, USU’s director of crisis communications and issues management, responded to the lawsuit in a statement: “Utah State University typically does not comment on current litigation, but this lawsuit, as written, is troubling in its misrepresentation of facts and how it portrays the Aggies Elevated program.”

DeRito said the programs is “one of the few such programs in the intermountain region to offer an inclusive residential living component, and it requires that its students have a level of independence appropriate to living on campus and interacting with peers.

“Prior to the pandemic, Aggies Elevated had a 90% post-graduation employment rate. The program has created many success stories and helped many students reach goals to attain degrees and work and live independently. USU is proud of these students and the many faculty and staff members who work with this program.”

According to the lawsuit, Arthur was provisionally accepted into the Aggies Elevated program and began participating in activities leading up to moving into student housing on the Logan campus, attending the program’s foundational classes as well as general electives offered to all undergraduates.

“At no point leading up to the start of the AE program did any person associated with the AE program or defendant USU inform Emily or her parents that Emily was ‘not ready’ or otherwise unqualified to participate in the AE program,” the lawsuit states.

With the help of her parents, Arthur moved into her dorm a week before the start of the academic year and she participated in the “Connections” course required of all beginning students at USU.

Once Arthur started the course, her mother received a text from a professor’s assistant who told her “the Aggies Elevated program failed to inform the necessary people, and those providing instruction and assistance to the students did not know ‘what to do’ with Emily. They had never had a student with Down syndrome, asserted the professor’s assistant. ‘Can she read, can she write?’” the lawsuit states.

Moreover, Arthur’s parents were told that a second-year Aggies Elevated program member would be assigned as their daughter’s dorm companion; a mentor would help her navigate the campus and classes; there would be tutoring to help her complete her assignments; and an iHome Google Mini installed in her dorm room “to help her maintain a schedule, stay on task and dress appropriately for the weather,” the lawsuit states.

According to the lawsuit, “None of the long-promised supports were provided.”

The lawsuit asserts that “the simple reality is that defendant USU wanted the Transition Programs for Students with Intellectual Disabilities grant funding, but did not want to, and refused to provide the work and supports required to effectuate the purpose of the TPSID funding.”

On Aug. 21, 2018, Arthur attended a school-sponsored dance. “There was no known incident of concern and Emily returned to her dorm,” the lawsuit states.

On Friday, Aug. 24, Arthur did not get up on time. When she did not show up for class, Jeff Sheen, co-principal investigator for the federal grant that funds the program, went to her dorm room.

In the meantime, Emily woke up, got ready and rushed past Sheen to get to class.

According to the lawsuit, Sheen told Arthur’s mother and legal guardian Julie Arthur that he told her “what she needs to be doing.”

When Julie Arthur was on campus on Aug. 25, she was asked to attend a meeting with Sheen and program director Sue Reeves.

“For approximately three hours, defendants proceeded to tell Mrs. Arthur that Emily was not ready for college. Emily had failed to present to class on time, and to attend required meetings. Defendants also told Mrs. Arthur, for the first time, that during the prior night at a dance, the director of student retention Heidi Kesler had physically taken ahold of Emily, and removed her from the dance. All that defendants knew was that according to Kesler, Emily was dancing ‘inappropriately,’ ” the lawsuit states.

Program officials required Emily to enter into a “behavior contract.” The contract “was extremely punitive in nature, and sought to punish Emily for the very accommodations that defendant had failed to provide.”

The consequence for failing to meet conditions of the contract, such as being on time for class, was expulsion.

According to the lawsuit, she was also required to send three text messages to check in with three separate individuals every morning and afternoon. However, if she failed to stow away her phone during class, the consequence was expulsion. She was further require not to ignore calls, texts or emails from people trying to reach her.

If she danced in a public place, Arthur was required to “‘dance like somebody might be offended by her moves.’ Defendant never provided any indication as to what this meant,” the lawsuit states.

The lawsuit alleges the university and Aggies Elevated program “subjected Emily to a version of college discipline that was wholly unlike that experienced by nondisabled students.”

On Aug. 27, 2018, defendant Sarah Bodily, who taught Arthur’s Connection class, reported that Arthur was fiddling with her bra strap during class and inadvertently exposed “a little bit of skin and her bra.”

Julie Arthur received a call from Aggies Elevated officials who told her “Emily was purportedly a danger to herself, was in danger of being ‘dragged under a stairwell’ by a predator, and without any notice defendant USU removed Emily from the AE program,” the lawsuit states.

According to lawsuit, Arthur went into a deep depression following her removal from the program.

“She locked herself in her room, refused to socialize, refused to pursue work, and refused to undertake the very goals that she had so soon prior thereto cherished and looked forward to. The dark cloud of Emily’s severe distress and depression hung over her family and household for nearly a year, wherein Emily would on a daily basis refer to the deep injury defendant USU had inflicted by expelling her from school,” the lawsuit states.