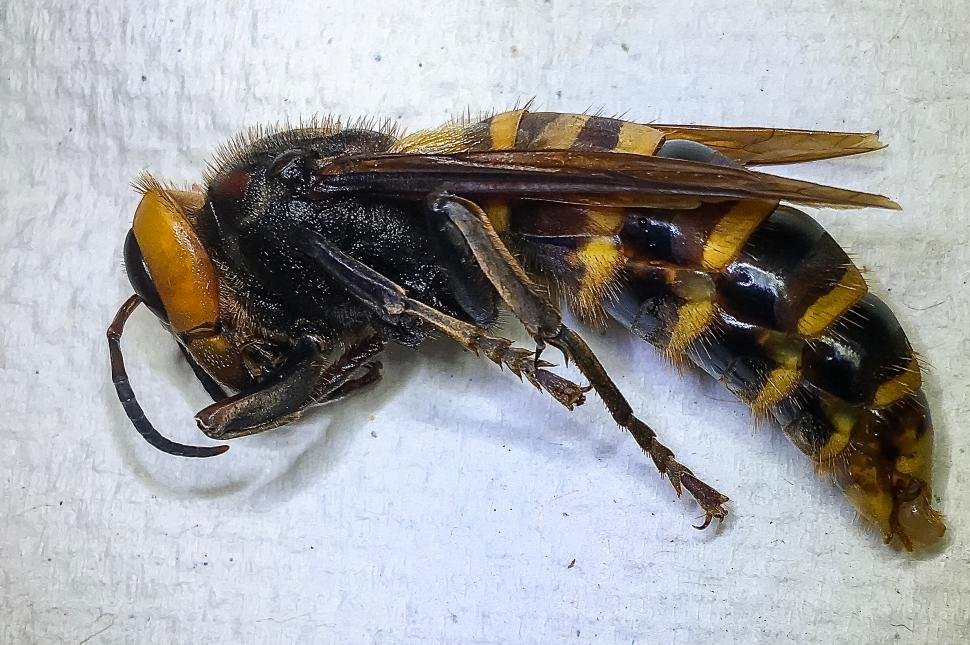 The giant hornet was found in a department trap near Birch Bay in Whatcom County, a statement said. Officials identified the hornet at a lab on Wednesday after it had been trapped and sent for processing in mid-July.

It was the first Asian giant hornet to be detected in a trap in the state. Washington state previously confirmed five other hornets were found in the environment.

“This is encouraging because it means we know that the traps work,” Sven Spichiger, the department’s managing entomologist, said in the statement. “But it also means we have work to do.”

The department’s next steps include using infrared cameras and additional traps to catch live hornet specimens and attempts to track them back to their colony in order to eradicate the colony, according to the statement.

The Washington State Department of Agriculture said in the statement that their goal is to destroy the entire nest by mid-September when the colony would begin to create new queens and drones, which hinder the capacity to control the spread.

Asian giant hornets are estimated to be up to 2.5 inches long. Chris Looney, a entomologist in charge of exotic pests at the Washington State Department of Agriculture, spoke to CBS Sunday Morning about the previous five hornets detected and their predatory impact on honeybees.

The nickname “murder hornets'” might have come from a possible error in translation from Japanese that went viral after it was used in a New York Times article, the Sunday morning show reported.

In Japan, the Asian giant hornet has killed dozens of people in recent years.

“‘Murder hornet’ doesn’t work, for a couple of reasons,” Looney told CBS. “One of them, it exaggerates the human health risk. These are human health risks, but like I said, we don’t want to be stung by one. If you’re allergic to one, obviously, that can be really dangerous. And even if you’re not allergic, multiple stings certainly can lead to being hospitalized and sometimes rarely even death. But it turns out it’s not that many people that die from this any given year in the places where it’s native.”