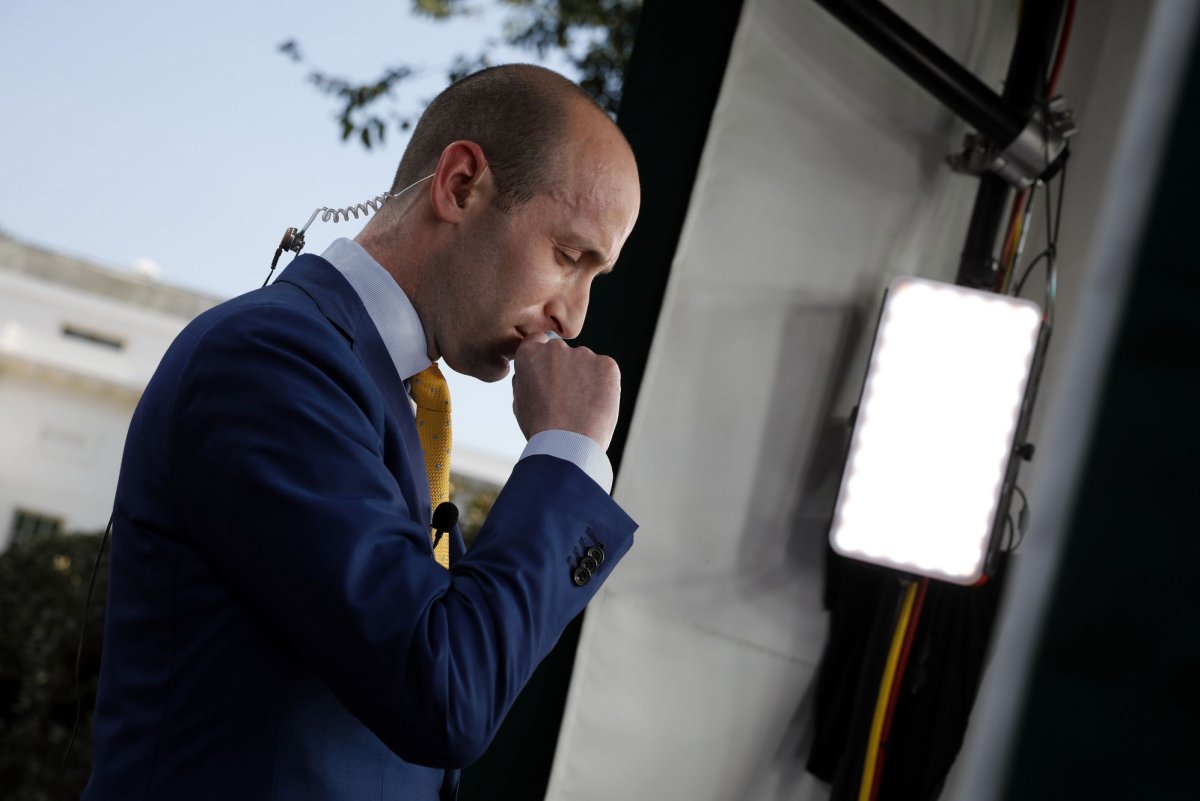 Aug. 1 (UPI) — A watchdog has accused President Donald Trump’s senior policy advisor, Stephen Miller, of violating the Hatch Act and requested an investigation into his comments on Fox News.

Citizens for Responsibility and Ethics in Washington filed a complaint Friday to the Office of Special Counsel alleging that Miller violated the Hatch Act when he told Fox News on the same day that presumptive Democratic nominee and former Vice President Joe Biden was “stuck in a basement” in an interview from the White House grounds.

“Well, as you know, Joe Biden is stuck in a basement somewhere, and he just emerges every now and again and somebody hands him a note card, and he says whatever his 23-year-old staffer tells him to say and then he dutifully disappears to be seen a week later,” Miller said in the Fox News interview. “As for former President Obama the reality is for eight years he delivered nothing but failure and betrayal to the people of this country.”

The comment came after Fox host Brian Kilmeade asked Miller if he felt Trump was running against Obama or Biden. It also came in response to questions about Obama’s comments on voter suppression during a eulogy he gave for the late Rep. John Lewis, which Miller called “shockingly political.”

The Hatch Act is an ethics law that “prohibits federal employees from engaging in political activities while on duty,” according to the U.S. Department of Interior’s ethics office.

CREW accuses Miller of violating the Hatch Act since he “mixed official government business with political views” when he gave the Fox News interview.

The government ethics watchdog organization added that the Office of Special Counsel should immediately investigate its allegations.

“This administration continues to use its official powers improperly to assist the president’s re-election and to chip away at the checks and balances that preserve our democracy,” the watchdog’s executive director, Noah Bookbinder, said in a statement. “It is well past time for those like Stephen Miller, who show an open disdain for ethics laws like the Hatch Act and who illegally use official resources to promote the president’s re-election bid, to be held accountable for their actions.”

Last year, the Office of Special Counsel found that White House counselor Kellyanne Conway repeatedly violated the Hatch Act by criticizing Democratic presidential candidates while speaking in her official capacity and recommended removal from federal service, but Conway remains in her position.